Daniel is one of the top acknowledged finance professionals of the younger generation. He joined E-INFRA group in May 2018, and since September 2021 has been the CEO of Electrogrup.

Previously he was part of Citigroup’s investment banking division in London, where he worked on the largest IPOs and M&A mandates in Central and Eastern Europe, the Middle East and Africa. Prior to this, Daniel covered top tier local companies in the Citi Romania office, having executed multiple capital markets and lending transactions. In 2016, Daniel Farmache was an adviser to the Prime Minister’s Chancellery and Chief of Staff at the Ministry of Labour.

He holds an MBA from London Business School, with an exchange at the Massachusetts Institute of Technology, he graduated with first-class honours in finance and banking in the UK (University of Reading – ICMA Centre) and in law in Bucharest (Nicolae Titulescu University) and also holds the CFA (Chartered Financial Analyst) certificate. 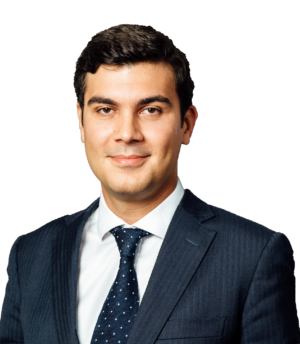